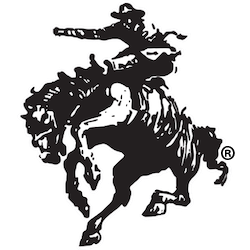 It’s not official until they come down the hill and into the rodeo arena.

To mark the start of the rodeo, the Yakama Indian Nation moves down Craig’s Hill and into the rodeo arena. This is an ongoing tradition at the Ellensburg Rodeo. Several members of the tribe come down on horseback to symbolize the way that the tribe came into the valley for countless years before settlers came to the area. The Kittitas Valley was one of the last stopping points for the Yakama Tribe before it started for its winter camps.

Dressed in their finest regalia, the tribe also opens each night of the rodeo with a traditional dance in the center of the arena. Spectators are often invited to join in the dance.

When the tribe is not at the rodeo grounds, Visitors can find the tribe’s camp at the adjacent fairgrounds. The tribe used to make their homes on the property, which was owned by a tribal member. The land was later traded for property on Water Street. Tribal member Alan Aronica recalls that part of the agreement was that the village could return to the original property each year during fair season.

When the fair and rodeo come around these days, the Indian village is standing once again. This year it has moved to the Alder Street entrance. About 25 to 30 teepees are in the village and more than 75 people are participating. Rex Buck, Yakama tribal member, said many families have been coming for several decades and he has been participating since he was a boy. The village gets the most reaction from folks who have lived their lives mostly in cities and Visitors from foreign countries. The Native Americans spend much of their time explaining their culture and tradition to Visitors who come to the village.